"Two magenta bodies confronting each other and being separated by a vertical line. The body on the right has an extra confrontation with a black shadow behind it, on the shoulders and its head. In the following paintings, the place will take more form and will be turned away from the magenta. " - Floris 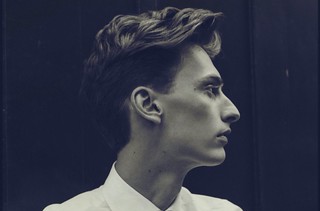