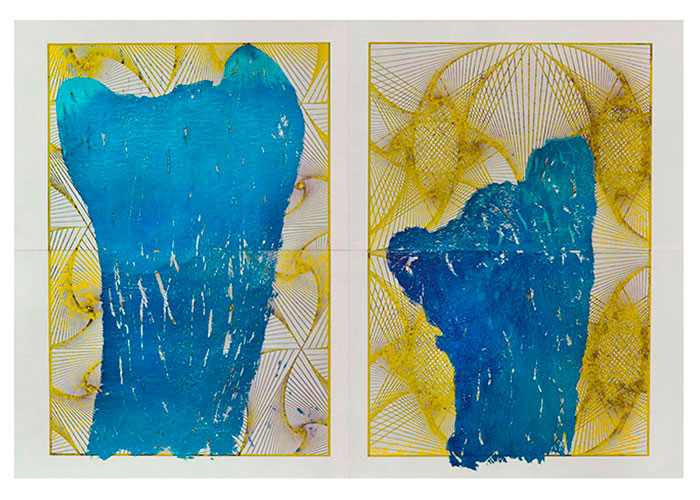 10 works created for Spotte is the result of a collaboration project, entitled "I see...", which started in New York in 2013 between Alberto Finelli and Evyenia Gennadiou. After the realization of two small size French-fold books (Snoop Bound, 2013, Fable Bound, 2013), a group of abstract imaginary characters were borrowed from the pages of the books to be printed in larger scale. Gradually, the larger mixed media prints have taken their own path. The choice of the few elements (image, language, meaning) and the interaction between them become essential and make the work complex in its simplicity.