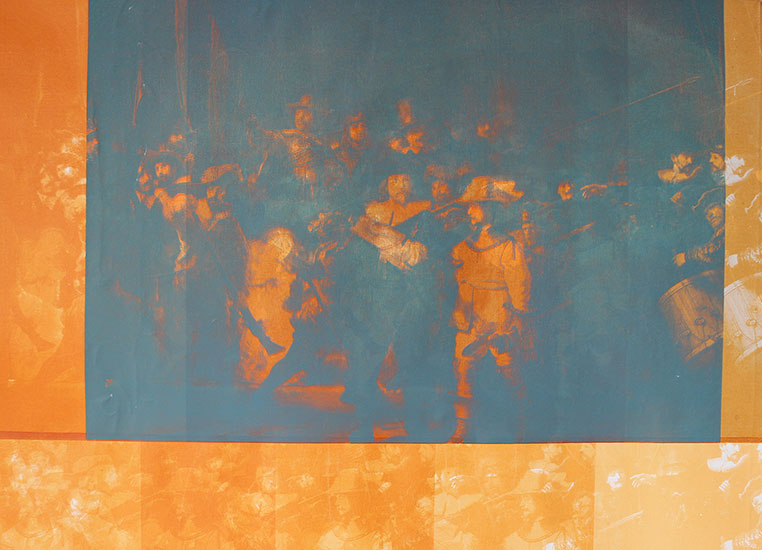 This collection of works borrows its subtle base from classical Art History imagery, transforming and re-appropriating it, allowing the audience to transcend beyond a typical visual experience. I touched on a pulse of abstract painting, splashing vibrant colors and attempting to alter the veracity of the familiar and historical.  Fusion of graphic and drawing techniques that I used  “opened” the image in a multitude of new different ways.
By synthesis of old and new, art and reality, the real intention of my work becomes to rouse and inspire. The outcome is the confrontation and reconciliation of the past and present, finding there is no limit, no boundaries, just creation as a driving force.
- Ruperto

Ruperto Cabrera was born in Tenerife, Spain. After receiving his Fine Arts degree from University of Barcelona, he continued his Art History studies in Paris. Ruperto lives and works between Madrid, Miami and New York. He is a member of the Senate in the Academy of Modern Art in Rome, Italy.
His works are part of public collections at the Bank of Tokyo, Banco de Santander, and Banco de Portugal, among others. He has exhibited in Reina Sofia’s Museum and Guggenheim Bilbao.